Home » Tumble dryer and washing machine pollution: how to wash and dry greener

Tumble dryer and washing machine pollution: how to wash and dry greener

While the COVID-19 pandemic has put a huge strain on humanity’s collective physical, emotional and mental health – as well as our financial health – the planet that we live on saw somewhere in the region of 20% less nitrogen dioxide emissions released into its atmosphere over the course of 2020. So while we have suffered, the planet, its environments and its wildlife have been boosted by far less air, car and foot traffic, and reduced pollution levels.

But, despite this, the lockdown situation has also caused a whole other set of environmental problems. One such problem is that we’re all using our washing machines and tumble dryers more under lockdown. A survey by UK washing machine maker Ebac found that we were carrying out 36% more washes than normal during the first three months of the lockdown. And all of these extra washes are causing more pollution – not just from increased energy usage, but from the release of more microfibres into the sewage system.

Microfibres are tiny plastic fibres that make up synthetic clothes and garments. They shed when we’re wearing them, but also when we wash types of these clothes. The loss of microfibres gradually, over time, causes the clothes to weaken and lose their softness; and when they are washed, these microfibres end up getting dislodged and end up getting flushed out with the used water from our washing machines. Experts believe that nearly 15 million extra microfibres were released during that 3-month period of increased washing machine usage.

A set of experiments saw scientists using dryers in snowy environments as a way to measure how many microfibres would be emitted from the drying of multiple pink fleeces. Once the drying cycles were complete, the snow was melted to measure the quantity of microfibres present in the environment surrounding the appliances (with the pink aiding in visibility). As well as the findings that proved the presence of microfibre emissions, they also found that the majority of the ejected fibres were within approximately 1.5m of the appliances. 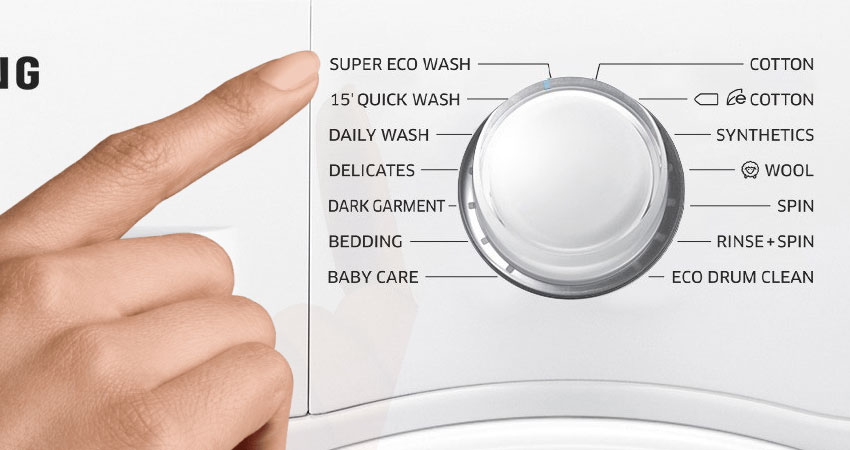 One obvious way of dealing with the problem is to wash our clothes less. By learning to deal with there perhaps being a small pile of clothes in the laundry basket at all times, it allows us to ensure that we are maximising our loads (just make sure to not overload). If this isn’t possible, you could also wash your clothes cooler and quicker. By reducing the temperature, and using a faster cycle, you can reduce the amount of both carbon and microfibre emissions that are being released into the environment. And you’ll also take quite a wee bit off your annual energy bill too! 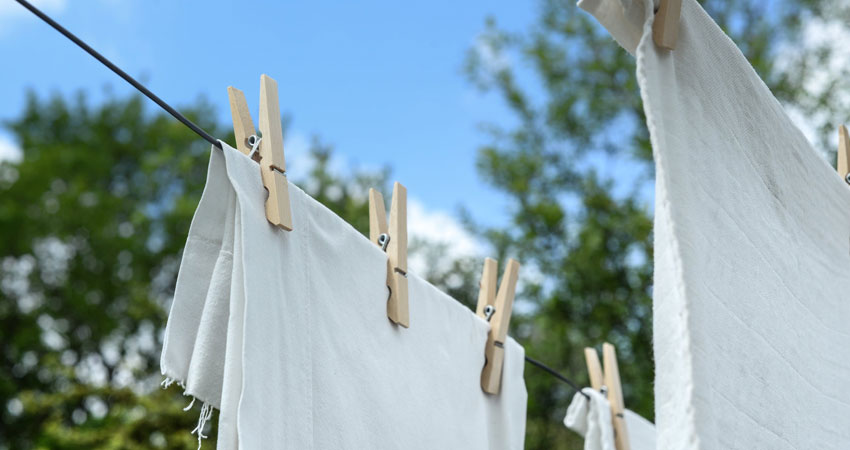 #2: Try to dry your clothes on a line or over the radiators more often

As with washing machines, a reduction in the amount of times you use your dryer can also reduce both your household carbon and microfibre emissions. The added bonus for doing this with dryers is that there will be less microfibres released into your immediate environment too – thus making it cleaner and safer for you. By hanging your clothes to dry (if you can), you can reduce your environmental impact. And, again, save money on your annual energy bill! 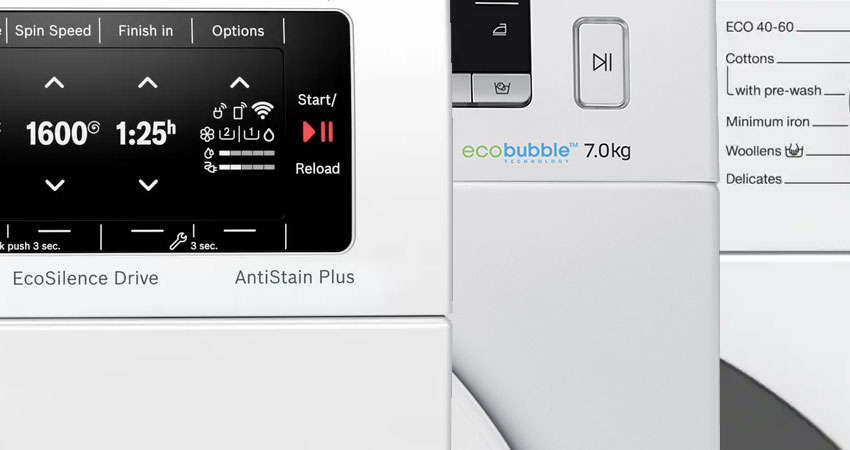 Washing machine and tumble dryer manufacturers are making huge strides with unlocking the green potential of newer models of both appliances. Many now come with built-in features that try to save as much energy and emissions as possible, and they are also legally obliged to make the power ratings of newer models more environmentally-friendly in order to meet government targets for emission reduction. While the initial outlay is certainly an expense, you’ll likely start clawing back those savings with a reduced energy bill – and have a clearer, greener conscious too!