Home » Five Everyday Mistakes That Are Harming Your Tumble Dryer

Five Everyday Mistakes That Are Harming Your Tumble Dryer

When it comes to rather tedious, everyday chores – such as putting on a load of washing, cleaning the dishes or putting stuff in the dryer – it can be easy to cut corners or have an attitude of ‘out-of-sight, out-of-mind’. By doing this, we don’t create the time or energy to look after our the long-term health of our white goods. ‘But they’re machines! They’re not alive,’ you my say. True, but they do have ‘lifespans‘ – and, eventually, they break down. As a result, many of us make everyday mistakes that drastically reduce the lifespan of dryers, washing machines, fridges and other appliances. Dryers, in particular, are susceptible to not being maintained as we can perceive them to not be doing as much as other appliances.

So we’re going to point out five mistakes that you are likely to be making with your dryer on an everyday basis.

No, telling your dryer to be quiet isn’t going to help its health (nor yours), but zipping up any zips on your clothing before you shove them in the dryer will definitely help. The dryer can be damaged by zips or zipper teeth jutting out and catching the sides. This is also why you should check the pockets of everything you put in a dryer. But if the thought of destroying a £20 note isn’t enough to motivate you to do that, we doubt this will!

Regular cleaning of your lint traps between cycles should be something that you’re already doing. If you’re not, take that as a hint. But if you want to keep your dryer healthy for a long time, then you’ll want to be doing a bit more than that. First off, purchase a lint brush (they’re relatively cheap). It can remove lint from the lint screen that has remained in place. Speaking of lint screens, make sure to give it a wash now and then too. Both lint screens and moisture sensors can attract substances from dryer sheets, so a little bit of water, dishwashing soap and a brush (or toothbrush) can help remove the build-up of film.

It’s really easy to get lazy about washing – especially when it’s so easy to just throw all of your clothes into the dryer, shut the door and stick on a cycle. However, it’s important to keep your clothes sorted in the same way you would when they’re dried. For example, jeans are rather coarse and can end up rubbing against more delicate fabrics and this can cause surface defects to occur on, for example, lingerie. Sexy… So think about how your clothes are going to interact with one another, and always consult the labels to ensure that clothes can withstand certain temperatures.

An important part of cleaning your dryer doesn’t relate to just its innards, but also the area surrounding it. For example, dryers utilise the air around its exterior. If that air happens to have particles of dust or lint, then it’ll pull that in too. Make sure to keep the floors around the dryer clean, and keep its exterior clean too, by taking the vacuum or duster to these areas. Who knows – maybe a long lost pair of boxers will turn up? Hopefully not.

Lastly, in order to truly maximise the life of your dryer, you’re also going to have to monitor the vent pipes. This isn’t just to keep it in good maintenance, it also affects everyday performance of your dryer. If the vent pipes are blocked by a build-up of lint, then your dryer will not be operating at peak efficiency. That means more energy needing to be expended, and this leads to higher energy bills. You can either clean out the vent pipes with your vacuum or you can get a professional – such as a Repair Aid technician – to help. You should look to do this either once or twice a year – depending on how much you use your dryer.

By following these five steps, you’ll be ensuring that your dryer remains well maintained. And a well maintained dryer is a happy, long living dryer. It’s important to note that many of these mistakes are also applicable to your washing machine, so make sure to take good care of that too. 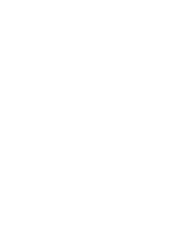 Need to have your tumble dryer repaired?

The quickest option to have your tumble dryer repaired by specialists is to call us.