Home » The History of the Refrigerator

The History of the Refrigerator or Who Invented the Fridge?

The modern era is one which has many comforts. We’re fortunate to live in a period where technology has advanced all areas of life, from gaming to even prolonging our lifespan.

There’s no doubt that the current home is a vastly different environment from 60 years ago. There are numerous appliances which have been developed and improved over the years, and one of these is the refrigerator. You might not be aware of the history of such a simple device, which is why we at Repair Aid are taking a trip back in time, and exploring the history of this device.

So, to understand how the fridge came to be, we’re going to be taking a look at some ancient history, and going all the way back to 1000 BC. During this time, Chinese people would cut and store ice, and this progressed over time into earthenware pots. Five hundred years after this, the Egyptians learned that if they left similar cups outside overnight, they could collect ice for use later on. 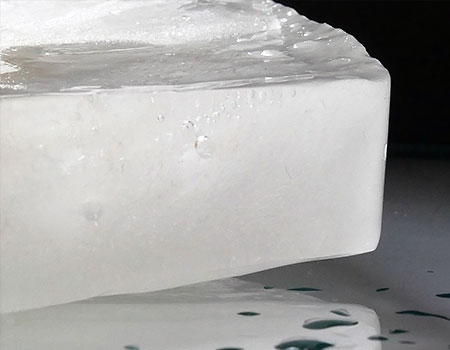 It’s also thought that Romans, Hebrews and Greeks would store snow in pits, and then cover these dips in the earth with insulative materials, as so to keep the cold in and the heat out. A good theory, this was expanded upon in the 18th century, where Europeans would collect ice, salt it for preservation, and then wrap it up in flannel and leave it a particular room. There’s even talk that they could transport ice from one part of the world to the next thanks to this fundamental storage process.

While this is all well and good, it does not answer a very crucial question. How did the fridge even begin as a concept? Well, the answer is simple. During the 1720s, a Scottish Doctor named William Cullen observed that when evaporation takes place, one of the impacts it has is generating a cooling effect.

Believing this to be something of note, he began to experiment further. Ultimately, this led him to evaporate ethyl ether in a vacuum, where he postulated that there would be nowhere for the cooler air to dissipate.

However, these ideas were still in their infancy. It was not to be the case that progress would materialise until 1805. A man named Oliver Evans was an American Inventor, and he designed the very first prototype. However, it never came past the design stage. His machine used vapour instead of liquid and is the precursor to the efforts of Michael Faraday, an English scientist who used liquified ammonia to cause cooling in 1820. 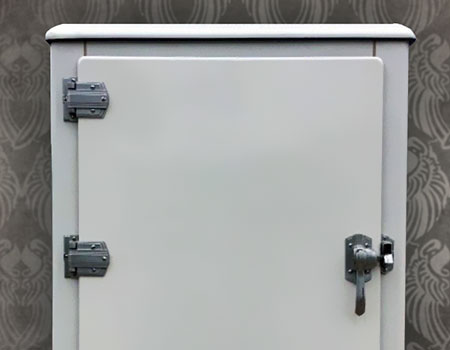 Despite these advancements, credit for being the ‘father of the refrigerator’ would go to a man named Jacob Perkins. He was an American who worked alongside Oliver Evans. In 1835, he obtained a patent for a vapour compression cycle that used liquified ammonia. Rightly or wrongly, he wound up credited for all the work put in by those who came before him.

From there on, many figures had a hand in creating the modern fridge. For example, the first mechanical refrigerator received a patent in 1899 and is thanks to a man called Albert T. Marshall. Even Albert Einstein himself tried his hand at contributing to the fridge and made a model in 1930 which had moving parts and did not rely on electricity. 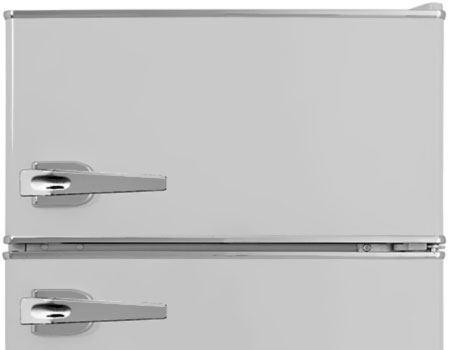 There’s no doubt that the modern fridge is something which has come about as the result of many years of hard work and development. Commercial refrigeration came into popularity at the end of the 19th century due to the rise of breweries. From there, they moved into more and more places. It was common to see a fridge in a situation like a meatpacking factory or any other commercial food production facility.

By the 1920s, the fridge was an essential item in the home of people everywhere. Naturally, this spread to places all around the world and culminated in the appliance we see and work with every day.

Interestingly enough, the fridge has not changed in regards to the way it behaves and works – the basic premise of evaporating liquids remains throughout. The chemicals are explicitly made to react at lower temperatures and are used to help you to keep your foods fresh.

The process works by pushing the liquids through the fridge via tubes, and exposure to the lower temperatures causes them to evaporate. The new gases carry heat with them to a coil which is outside of the fridge, which allows the heat to escape. The gas itself return to liquid form and then becomes part of the cycle all over again.

A Note on Fridge Safety

When using a fridge, it’s important to understand some of the different safety features which have come into play over the last few decades.

The early refrigerators used toxic and flammable materials to generate the cooling process, which is dangerous. In 1926, a different set of chemicals came into play, so it became less likely for people to experiment in this fashion.

Your fridge is made for keeping foods at the right temperature, but at the same time, you have to make sure that you’re keeping things fresh enough. Even if the temperature is off by a few degrees, you’ll find that bacteria and infections are widespread. Official authorities suggest keeping the temperature at a consistent level, and we would personally recommend that you don’t put too much food in there and also make sure you are cleaning it out regularly.

Hope for the Future? 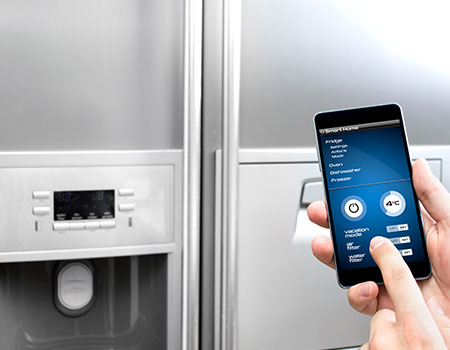 Of course, the technology behind refrigerators isn’t done, and it’ll only continue to become more and more popular as time goes by.

This does, of course, lead to speculation and rumour as to how the fridges of the future will look. We’re always keen to make these kinds of guesses because you never know.

Some refrigerators might use magnets, whereas others might choose to invest in solid-states. This technology works by distributing heat in such a way that there’s no change to the temperature of the room, and so the fridge is cold to touch. It’s an excellent way to try and prevent massive spikes in temperature, which as we all know can be a problem.

Using magnets in a fridge means that we get a system which is, in essence, environmentally friendly and also something that runs silently. This could, in theory, be the most viable substitution for the current system, because we’re slowly draining all of the resources of the planet thanks to our use of electricity and other materials, which means that friendly might be the new viable.

All in all, the history of the refrigerator is considered to be a fascinating topic. You can see that it’s travelled a long way from where it started, and it’s easy to spot the various accomplishments which have gone into it over the years. However, that’s part of why we love delving back into the past. It reminds us of what we’ve managed to do in such a short time and gives us the confidence that we’re going to keep going and keep on achieving.

Here at Repair Aid, we always try and make sure that we keep one eye on the past and future while we work, learning from history and using it to create a better tomorrow. All of our repairs are continually being improved and pushed to make sure that they give you the best level of service, and so we encourage you to come to us with any problem.

Remember that everything we do, we do for you as a customer. There’s no doubt that the history of the fridge is fascinating, and by studying it we’ve made our services even better for you!